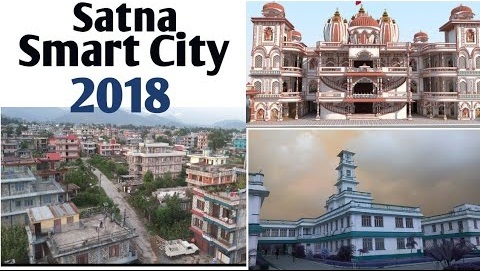 Satna is a city in the Satna District of Indian state of Madhya Pradesh. It has a population of around 300,000. It is famous for its cement factorie. in fact, is the seventh most populous city in the state. The average literacy rate of 70% is way higher than the national average of 59.5%. The men of Satna generally wear dhoti, a jacket locally called Bhandi, and a head gear. Women wear lehenga and choli accompanied with a dupatta or orni. The female folk are also seen clad in saris. The people of Madhya Pradesh love to wear colourful clothes- red and black are the colours mostly preferred by women.

Satna district has some major religious tourism spots including Chitrakoot and Maihar. Satna district is close to an ancient city of Buddhist culture named Bharhut, whose archaeological remains are displayed in many museums in India and all over the world. Tulsi Museum at Ramvan, 16 km from the city, has many local artistic sculptures of ancient times. Gaibinath Lord Shiva temple at Birsinghpur-semariya is a famous and old temple in the region. Madhavgarh Fort, about 7 km from Satna Railway station (Rewa Road), is another place to visit around Satna. Gidhakoot (Gidhaila) Parvat, Laxminarayan Mandir, Bada Mandir (under construction) of New Deorajnagar are also tourist sites.

Satna is in the limestone belts of India. As a result, it contributes around 8%–9% of India's total cement production. There is an abundance of dolomite and limestone in the area and the city has ten cement factories producing and exporting cement to other parts of the country. The electrical cable company Universal Cables in Satna is among the pioneers in the country. The city of Satna is known as the commercial capital of Baghelkhand. The city is among the few most promising cities of Madhya Pradesh because of the several new industries planned by some of the reputed industrial houses in the country. The city has witnessed a sharp growth in the post-liberalization era (after 1993). Major problems faced by the city may include, inter alia: inadequate electricity, poor road conditions, and air pollution from atmospheric wastes of cement factories. Satna is known as the cement city of India